The plight of refugees and asylum seekers during the pandemic. 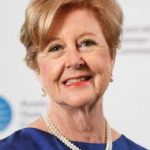 Ms. Triggs, who recently served a 5-year term as President of the Australian Human Rights Commission, brings to the position several decades of professional experience as an academic, practising lawyer, advocate and public policy expert.  A barrister and solicitor of the Supreme Court of Victoria, she is currently Vice-Chancellor’s Fellow at the University of Melbourne, President of the Asian Development Bank Administrative Tribunal, and holder of a number of other eminent appointments. 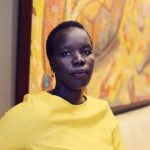 Nyadol Nyuon is a commercial litigator with Arnold Bloch Leibler and a community advocate.

Nyadol was born in a refugee camp in Itang, Ethiopia, and raised in Kakuma Refugee camp, Kenya. At eighteen, Nyadol moved to Australia as part of Australia’s refugee and humanitarian program. She has completed a Bachelor of Arts from Victoria University and a Juris Doctor from the University of Melbourne.

Outside her work, and through the experiences of her family and community, Nyadol has developed an interest in issues concerning human rights, multiculturalism, the settlement of refugees and those seeking asylum.

She has volunteered extensively in relation to these areas has worked with the Victoria Equal Opportunity and Human Right Commission, Judicial College of Victoria, Oxfam Australian, the Centre for African- Australian Women Issues and others.

She was also a board member of the African Think Tank, the Youth Steering Committee of the Federation of Ethnic Communities Council of Australia and the New Sudanese Youth Association.

In terms of advocacy, Nyadol has presented at various conferences and forums on issues impacting the settlement of African-Australians in Victoria and Australia in general. She regularly makes appearances on ABC’s The Drum.

In both 2011 and 2014, Nyadol was nominated as one of the hundred most influential African-Australians. She is currently a board member of the Melbourne University Social Equity Institute. 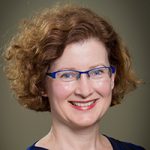 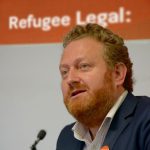 David Manne is a human rights lawyer and Executive Director of Refugee Legal (previously the Refugee & Immigration Legal Centre (RILC)).  He has worked in various capacities assisting refugees and asylum seekers for over 20 years.  He has headed up Refugee Legal for the last decade.

David sat on the Board of the Refugee Council of Australia for seven years, and currently the Victorian Foundation for Survivors of Torture Ethics Committee, and a number of peak Government consultative bodies. He has also been appointed to the UN High Commissioner for Refugees Advisory Board of Eminent Persons.  He has been invited to attend and present at the UN High Commissioner’s Dialogue on Protection Challenges on numerous occasions.

David has been the recipient of numerous prestigious awards.